To minimize inconvenience for our customers, the City has redistributed many of the popular programs held at Chinquapin as follows:
Regular summer swim lessons will continue at the Old Town and Charles Houston Memorial pools. Visit www.alexandriava.gov/pools for individual pool schedules of events and lane availability.

We apologize for the inconvenience, but we look forward to re-opening an improved Chinquapin Park Recreation Center for your use in the fall.

Posted by Alexandria Mom at 3:50 PM No comments:
Email ThisBlogThis!Share to TwitterShare to FacebookShare to Pinterest

The Washington Metropolitan Area Transit Authority, City of Alexandria, Federal Transit Administration and National Park Service have been collaborating on an Environmental Impact Statement (EIS) in accordance with the National Environmental Policy Act (NEPA). The purpose of the EIS is to determine if a Metrorail station should be built in Potomac Yard, and if so, where that station should be located.

A Draft Environmental Impact Statement (DEIS) is being developed to assess the potential impacts of a Metrorail station in the Potomac Yard area. When complete, the DEIS will comprehensively assess the environmental effects of the build alternatives and the no-build alternative, and will address key environmental considerations, including air quality and climate change, transportation and land use, visual resources, parklands, historic and cultural resources, noise, vibration, wetlands and habitats, and temporary construction impacts.

Under the initial schedule, the DEIS was to be released on May 3, followed by several  Community Education and Discussion Workshops and a public hearing scheduled for the last week in June. However, during the preliminary agency review, several technical changes and amendments were recommended, which the project team is incorporating into the draft. With this additional work, it became clear the original schedule could not be met and public engagement would have occurred during the summer, which would have resulted in less opportunity for community input.

To encourage public participation, the City requested, and the cooperating agencies agreed, to modify the schedule so the DEIS will be released in the fall, followed by additional public outreach meetings and a public hearing. The Alexandria City Council likely will consider the selection of a preferred alternative in late fall 2013.  This shift in the schedule will enable maximum civic engagement by holding the community meetings and the DEIS hearing when the community and stakeholders in this process are able to be fully present to participate. The shift will also allow the City and cooperating agencies more time to discuss the impacts of the alternatives.
To learn more about the proposed Metrorail station and the environmental planning process, the public is invited to the City’s Potomac Yard Metrorail Implementation Group meeting on Monday, June 10, from 6:30 to 8:30 p.m., at City Hall (301 King St.) in the Council Workroom.

For information about this project or process, visit the City’s Potomac Yard Metrorail website, alexandriava.gov/PotomacYard.  Formal comments can be submitted at any time throughout the process at comments@potomacyardmetro.com.
For more information, contact Kathleen Leonard, Public Information Officer, Department of Transportation & Environmental Services (T&ES), at 703.746.4027, or kathleen.leonard@alexandriava.gov.

Posted by Alexandria Mom at 3:28 PM No comments:
Email ThisBlogThis!Share to TwitterShare to FacebookShare to Pinterest

FROM THE CIT OF ALEXANDRIA:

Leaf Mulch - Available for Delivery & Pickup Orders can be placed for delivery of mulch throughout May. Delivery dates and times are limited, and appointments are on a first come first served basis. Remember, mulch is free to residents and available for pick up at 4215 Eisenhower Avenue, Monday through Saturday, 7:00 a.m. to 3:00 p.m. (Gates close at 3:30 p.m.). There is a $40 delivery charge for a half truck load (3 CY) and full load (6 CY). Please call 703.746.4410 to schedule a delivery. Visit alexandriava.gov/YardWaste for more information.
Refuse & Recycling Collection Starts an Hour EarlyTo avoid the heat of spring and summer, refuse and recycling collection shifts to ‘warm weather hours’ and pickup operations will begin an hour earlier.  Starting, May 1 until September 30, all refuse and recycling materials should be placed for collection prior to 6:00 a.m. Visit alexandriava.gov/SolidWaste for more information.

Recycling ‘Tip of the Month’ – Donate Unused Sporting EquipmentDo you have unused sporting equipment that might have been used during last year’s sports season, but is now lying in the back of the closet unused?  Many local sports leagues collect equipment, and it can be exchanged or reused as needed.  Consider donating this unused equipment and sporting gear locally, or in a Used Clothing Donation Box near you.  For reuse networks or local organizations visit alexandriava.gov/Recyclingfor more information.
Household Hazardous Waste – Does Your Lawnmower Work Properly?Draining old gas from a lawnmower and changing dirty motor oil keeps lawn care equipment running properly each season.  Make sure to properly dispose of these materials, by bringing them in separate containers to the City’s Household Hazardous Waste Center located at 3224 Colvin Street.  If you change the spark plug and cutting blade, throw away the spark plug as garbage and drop-off the cutting blade as scrap metal at the Covanta Facility located at 5301 Eisenhower Ave.  Visitalexandriava.gov/SolidWaste for more information.
Posted by Alexandria Mom at 10:10 AM No comments:
Email ThisBlogThis!Share to TwitterShare to FacebookShare to Pinterest 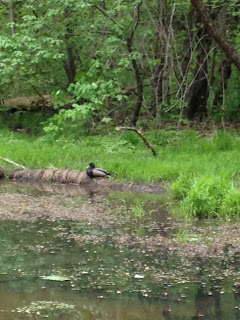 Posted by Alexandria Mom at 8:17 PM No comments:
Email ThisBlogThis!Share to TwitterShare to FacebookShare to Pinterest

Princess for a Night deadline May 3


The annual project is collecting dry-cleaned formal dresses, shoes, handbags, jewelry, unused make-up and "nice" shopping bags for young ladies who cannot afford prom attire. Donations can be dropped off until May 3 at the T.C. Williams Main Office (3330 King St.), Monday through Friday between 7:30 a.m. and 4 p.m.
Posted by Alexandria Mom at 5:15 PM No comments:
Email ThisBlogThis!Share to TwitterShare to FacebookShare to Pinterest

Sixth Prescription Drug Take Back Day a Success in Alexandria

Sixth Prescription Drug Take Back Day a Success in Alexandria

On Saturday, April 27, 2013, from 10 A.M. to 2 P.M., the two Alexandria law enforcement agencies, with cooperation from the Substance Abuse Coalition of Alexandria, collected potentially dangerous expired, unused and unwanted prescription drugs and other medications for destruction at two sites in the City.

Over 5000 collections sites nationwide participated in the fourth take back day program this past Saturday and over 3,150 pounds were collected in the Northern Virginia area alone.  In Alexandria, residents dropped off unused prescription medications at two drop sites in the City.  The sites included Police Headquarters and the parking lot of the Del Ray Pharmacy. The service was free and anonymous.

This initiative addresses a vital public safety and public health issue. Many Americans are not aware that medicines that languish in home cabinets are highly susceptible to diversion, misuse and abuse. Rates of prescription drug abuse in the United States are increasing at alarming rates, as are the number of accidental poisonings and overdoses due to these drugs. Studies show that a majority of abused prescription drugs are obtained from family and friends, including from the home medicine cabinet.  In addition, many Americans do not know how to properly dispose of their unused medicine, often flushing them down the toilet or throwing them away – both potential safety and health hazards.

Posted by Alexandria Mom at 2:31 PM No comments:
Email ThisBlogThis!Share to TwitterShare to FacebookShare to Pinterest

more of my favorite recipes.... 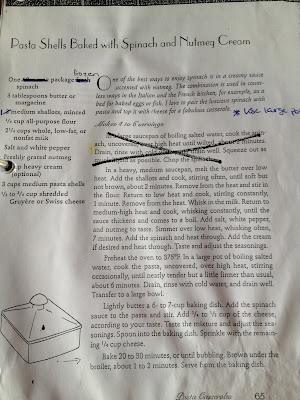 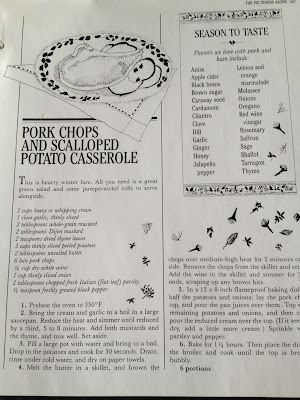 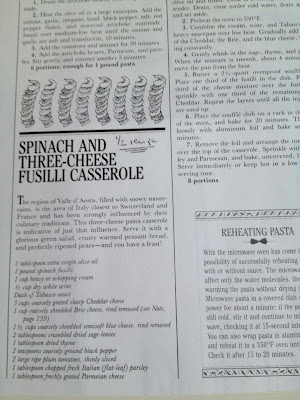 Posted by Alexandria Mom at 11:30 AM No comments:
Email ThisBlogThis!Share to TwitterShare to FacebookShare to Pinterest
Labels: Recipes

These are some of my favorite, go to, recipes....

oil in a big stew pot
sauté all peppers, onions until light brown/translucent
and chicken and sauté until 95% cooked
add 2 cans of beans - 1 drained and 1 not
add broth

for flavor and fun you could do...
tequila with the sauté of the chicken --- I'm not the biggest fan, but some love the flavor
lime juice (which I love, but michael hates) on the chicken as it is sautéing
obviously more or less spicy peppers....

and then when it's done....top as desired with....
olives
peppers
cheese
sour cream
on top of nachos
onion

Pecan Breaded Chicken Breasts (can use Panko instead of pecans)

In a small saucepan, melt 6 tblsp of the butter.
Whisk in 2 tablespoons of the mustard until blended
Scrape mixture into a shallow dish
Place pecans in another shallow dish

Dip chicken first in butter mixture then in pecans to coat

In a large frying pan, heat remaining butter in oil over med heat
Add chicken and cook 4-5 minutes on each side or until lightly browned and NOT pink in middle
Remove to a serving platter and cover with foil to keep warm

Discard all but 2 tablespoons of fat from the pan and reduce the heat to low.
Add the sour cream
Whisk in remaining 1 tablespoon mustard, salt, & pepper

Blend well
Cook just until heated through – do NOT boil.
Serve over chicken

Cook the bacon in a skillet over medium high heat until crisp, 6-8 mins.  Transfer to a paper towel.  Crumble.

Meanwhile, cook the Ravioli according to the package directions. Drain and divide into bowls

Wipe out the skillet and heat the olive oil over medium heat.  Add the garlic and cook, stirring occasionally, until golden, 1-2 mins.
Add the spinach, salt, pepper.
Cook, tossing, until just wilted, 1-2 mins.

Stir the bacon & lemon juice into the spinach.
Spoon mixture over the ravioli.

Peel and coarsely chop the tomatoes
Place tomatoes in a bowl and drizzle with oil, sprinkle with garlic, salt, and toss gently.
Set aside at room temp for about 1 hr.

Rinse the basil and coarsely chop.

Cut the mozzarella into ¼ in dice

Bring a large pot of salted water to a boil.
Cook the pasta until aldente.
Drain the pasta and return it to the pot.
Remove and discard the garlic from the tomato mixture.
Add the tomato mixture and basil to the pasta. Place over low heat and cook until the pasta has absorbed some of the juices from the sauce, about 2 mins.
Add the Parmigiano cheese and mix well.
Remove the pasta from heat and add the mozzarella and toss and gently.
Serve immediately.

Combine 2 Tblespoons of the oil with the garlic and rosemary sprigs (cut into 1 in pieces).
Rub the mixture over the chicken so all of it is evenly coated.
Place in a bowl or dish, cover with plastic wrap and refrigerate for 30 mins.

Heat remaining 1 Tablespoon oil in a skillet over med.-high heat.
Add shallots and minced rosemary leaves.
Cook, stirring, until golden (about 2 min)
Lift out and set aside.

Raise heat to high, add chicken breasts and brown lightly on both sides (2 mins per side).
Remove to a place.
Add Vermouth, scraping up any brown bits in the pan, and boil until wine reduces to a thickish glaze.  (2-3 mins).

Return shallots and rosemary to the skillet.
Stir in broth, mustard and pepper.
Boil, stirring for 2-3 mins. Until reduced by 2 thirds.
Add cream
Boil to reduce again by half.  (2 mins).
Taste and add salt to taste.
Return chicken to pan along with all the juices.
Cook over medium-low heat until warmed, spooning sauce steadily over the top. (2 mins)

Serve with rice or small pasta.

Mix together
Bake at 350 for 30-40 minutes, until bubbly and slightly brown.

Heat oven to 400 degrees F
Place the bread in a buttered, ovenproof skillet or a 9 in sq. baking dish
Scatter the onion and ham over the bread
Pour the wine over the mixture
Sprinkle with the pepper and Cheese
Bake until the cheese has melted and begun to brown, about 20 mins.

Shred the veggies in a food processor

Mix together cream cheese, dressing, sour cream and may – you can let this sit overnight.

Will keep for several days.