Parenting the Whole Child: A Workshop

A Workshop Presented by The Del Ray Montessori School

In an ever-changing world, how can we raise our children to live with vision and kindness? What will success look like? Join a conversation, moderated by Laura Pallandre, DRMS elementary teacher. Each week, we will workshop chapters of Adele Faber and Elaine Mazlish’s How to Talk So Kids Will Listen & Listen So Kids Will Talk. We will analyze concrete methods of cultivating compassion and respect, independence and belonging, and freedom and self- discipline in our children.

$100 or $20 per session No registration required

Posted by Alexandria Mom at 6:45 PM No comments:
Email ThisBlogThis!Share to TwitterShare to FacebookShare to Pinterest
Labels: Alexandria, parenting, VA

The Alexandria Electoral Board will hold a public meeting at the Voter Registration Office (132 North Royal St. Suite 100) on Wednesday, February 4,  at 7:00 p.m., to receive comments on a proposal to add one new precinct and change two polling locations.  The proposed changes would be in place for the June 9, Primary Election and would affect four precincts: Durant Center, Fire Department Headquarters, St. James Church and Chinquapin Recreation Center.

1.      Addition of Charles Houston Recreation Center.
Fire Department Headquarters (900 Second St.) and the Durant Center (1605 Cameron St.) have grown considerably with expanded development in the Old Town area, especially near Braddock Metro. The Alexandria Electoral Board proposes adding a new precinct at the Charles Houston Recreation Center  (905 Wythe St.), carved from the center of Fire Department Headquarters and Durant Center precincts with Oronoco as a southern boundary and Patrick Street and First Street as a northern boundary. These changes would reduce the voter size of Fire Department Headquarters and Durant Center (which are close to 4,000 voters each) in preparation for continued population growth in these areas. A map showing the proposed boundaries can be found on the Elections website.

3.      Replace Chinquapin
Currently, voting at Chinquapin (3210 King St.) is held in a small room which presents challenges during large elections. Minnie Howard or T.C. Williams (pending school approval) would replace Chinquapin as a polling location with no change to precinct boundaries.

•        February 4, 7:00 p.m. Community Meeting
•        February 6, 9:30 a.m., Electoral Board Meeting - A public meeting will be held at the Voter Registration and Elections Office (132 North Royal St. Suite 100), at which the Electoral Board will finalize its recommendation to City Council.
•        March 10, City Council Meeting.  - The Board’s recommendation will go to City Council for first reading.  If Council votes to proceed, the proposal would go on for a second reading and public hearing, tentatively scheduled for March 14.

If adopted by City Council, the Voter Registration office will notify affected voters of the changes by mail prior to the June 9, 2015, Primary Election.
For more information, contact Anna Leider, General Registrar, at 703.746.4050 or anna.leider@alexandriava.gov.

Posted by Alexandria Mom at 10:04 AM No comments:
Email ThisBlogThis!Share to TwitterShare to FacebookShare to Pinterest 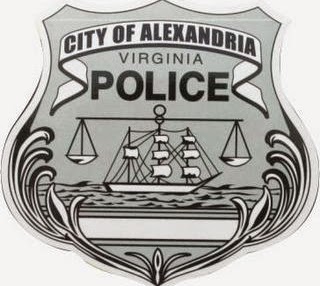 Nominations For Heart of DelRay Award

The “Heart of Del RayAward” is annually presented by the Del Ray Business Association to thebusiness that the community feels serves as the heart and soul of Del Ray.   On February 3rd, we will announce the 5 finalists and open up voting by the community.  Before the voting process to select the winner begins, we would like to get YOUR nomination for who you think should be one of the five businesses on the ballot. The Del Ray Business Association Board will then take into consideration all the nominations and comments in order to determine the five finalists.Nominations should bebased on which business best demonstrates their warm and welcoming attitude to the community/customers, their commitment and generosity tothe community, and to their overall contribution to what makes Del Ray the bestplace in the world to live, work and shop!  In other words, what businesswarms your “heart” when you here its name?   Former winners of theHeart of Del Ray Award are as follows:
2009                 A Show of Hands2010                Jen Walker McEnearneyAssociates
2011                 Bobi Bomar, Homes of Alexandria,Weichert Realtors
2012                TheNeighborhood Pharmacy of Del Ray2013                The Greener Cleaner of Del Ray
2014                Del Ray Pizzeria  Nominations must be besubmitted by 5 pm on February 1st by
sending an emal to gtrdelray@yahoo.com
Remember - we are just soliciting nominations - we are NOT voting yet. The five finalist will be announced on February 3rd and voting will begin at that time.
Posted by Alexandria Mom at 6:41 AM No comments:
Email ThisBlogThis!Share to TwitterShare to FacebookShare to Pinterest
Newer Posts Older Posts Home
Subscribe to: Posts (Atom)