Sale of Royal Street Bus Garage Approved
For Immediate Release: July 18, 2013
The Washington Metropolitan Area Transit Authority Board (WMATA) recently approved for future sale the Royal Street bus barn located between Royal Street and North Pitt Street in Old Town.
The obsolete Alexandria facility will be replaced by a new WMATA bus garage located in Fairfax County.  WMATA plans to issue a solicitation in the fall of 2013 for sale of the Royal Street site upon groundbreaking of the new Fairfax bus garage.
“This has been a long time coming, with the City working hard to get this bus facility moved, so it is exciting news for Alexandria,” said Mayor William D. Euille, who is a member of the WMATA Board. “The planned future sale will give the City the ability to encourage development that is appropriate for the neighborhood and that will improve our quality of life and benefit our residents.”
The site is located on the block bordered by Pendleton, North Pitt, Wythe and North Royal Streets, and is currently zoned for townhouse use. The community will have opportunity to provide public input to the redevelopment of the bus barn site through the City’s established development review process, which will culminate in a set of City Planning Commission and City Council land use discussions.
For more information, contact Tony Castrilli, Director of Communications and Public Information, at 703.888.7166, or Dirk Geratz at dirk.geratz@alexandriava.gov.

Posted by Alexandria Mom at 9:26 AM No comments:
Email ThisBlogThis!Share to TwitterShare to FacebookShare to Pinterest
Labels: Alexandria

Enrollment in Alexandria City Public Schools has grown by 2,600 in the past five years. As enrollment exceeds the classroom capacity of our schools, we face not only an education challenge but a budget challenge as well. New or expanded schools are expensive and land for schools is scarce. So it is important that we all understand, to the extent we can, the factors driving school enrollment growth so that we can better plan for the future.

The public is invited to all meetings of the work group and is encouraged to stay informed about upcoming meetings through eNews.

Posted by Alexandria Mom at 9:23 AM No comments:
Email ThisBlogThis!Share to TwitterShare to FacebookShare to Pinterest

The City of Alexandria will host “Living on a Bad Name” Bon Jovi Tribute Band concert onFriday, July 26 from 7 p.m. to 8:30 p.m. at Waterfront Park, 1A Prince St. Admission is free.

The group “Living on a Bad Name”, a Bon Jovi tribute band, have become a growing force in the tribute industry. Featuring world renowned guitarist Ethan Brosh and radio personality Ken Pittman, “Living on a Bad Name” set lists are comprised of the hits, ballads and hidden gems of Bon Jovi from 1983 thru today.

Waterfront Park has lawn seating, and participants are encouraged to bring lawn chairs and blankets. Food and fefreshments will be available for purchase, but everyone is welcome to pack a picnic dinner. No grilling allowed. Pets should be left at home.

Visitors to the historic district are encouraged to bike, walk or take the Metrorail Yellow or Blue lines to the King Street Station and take the free King Street Trolley to the unit block of King St., a short walk to Waterfront Park. For DASH schedule information, call 703.746.DASH or visit www.dashbus.com. For Metrobus schedule information, call202.637.7000 or visit www.wmata.com.

Bicyclists may visit www.alexandriava.gov/LocalMotion for the City’s Bikeways Map, which features the City’s best on-street and off-road bikeways, as well as locations of grouped bicycle parking.

For up to date concert information, call the Special Events Hotline at 703.746.5592, or visit www.alexandriava.gov/concerts. In the event of inclement weather, the concert will move indoors to the Richard Kauffman Auditorium located in the Lee Center at 1108 Jefferson St.

The City of Alexandria is committed to compliance with the City’s Human Rights Code and the Americans with Disabilities Act. To request a reasonable accommodation or to request materials in an alternative format, call Cheryl Lawrence with the Department of Recreation, Parks and Cultural Activities at 703.746.5419, Virginia Relay 711, or e-mailcheryl.lawrence@alexandriava.gov.
Posted by Alexandria Mom at 7:24 AM No comments:
Email ThisBlogThis!Share to TwitterShare to FacebookShare to Pinterest
Labels: Alexandria 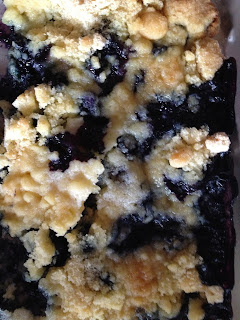 YUM-MY!
Posted by Alexandria Mom at 7:18 PM No comments:
Email ThisBlogThis!Share to TwitterShare to FacebookShare to Pinterest

The Friendship Veterans Fire Engine Association will hold its annual Friendship Firehouse Festival on Saturday, August 6, from 9 a.m. to 2 p.m. This popular family event will take place in the 100 block of South Alfred Street between Prince and King streets, which will be closed off to traffic for the festival. Admission is free!

Held at the historic Friendship Firehouse, the festival celebrates the special role firefighters have played throughout history, especially those of Friendship. The event will feature a collection of antique fire equipment and, courtesy of the Alexandria Fire Department, a display of modern fire apparatus. The Alexandria Red Cross and the Community Emergency Response Team will also be on hand. Other attractions include craft booths, food vendors and free birthday cake. Children will receive free fire helmets and balloons.

In addition to the day’s outdoor events, festival participants will be able to experience the history of the Fire Company through a tour of the Friendship Firehouse Museum.  The building was originally built as a firehouse in 1855, remodeled in 1871 and restored again in 1992 before undergoing roof and cupola repairs in 2009.

The Engine Room on the first floor showcases historic firefighting equipment, including hand-drawn fire engines, leather water buckets, axes, and sections of early rubber hose. The second floor houses exhibits on the Friendship Fire Company, also known as “George Washington’s Fire Company,” which was Alexandria’s first fire company and a source of civic pride since its founding in 1774.

Now a philanthropic organization focusing on fire and life safety, the Friendship Veterans Fire Engine Association remains active in community events, including this year’s Festival, which marks the 237th anniversary of the Company.

Posted by Alexandria Mom at 2:26 PM No comments:
Email ThisBlogThis!Share to TwitterShare to FacebookShare to Pinterest
Labels: Alexandria

Summer cinema returns to Historic Old Town Alexandria with the 11th Annual Comcast Outdoor Film Festival on Friday, July 19 and Saturday, July 20 at Waterfront Park, 1 A Prince St. on a four story high movie screen in full HD under the stars. All movies begin at approximately 8:30 pm (at dusk). Admission is free.
Following is the 2013 film schedule:
Popcorn, homemade lemonade, and other food items will be available for sale. A portion of the proceeds earned will benefit SCAN of Northern Virginia. Guests may bring blankets or low beach chairs to sit on. Coolers and outside food items are welcome. In the event of rain, the evening’s film showing will be cancelled.

The Outdoor Film Festival is cosponsored by the City of Alexandria and Comcast. Call the Special Events Hotline at 703.746.5592 for weather related cancellations.

Bicyclists may visit www.alexandriava.gov/LocalMotion for the City’s Bikeways Map, which features the City’s best on-street and off-road bikeways, as well as locations of grouped bicycle parking.

The City of Alexandria is committed to compliance with the City’s Human Rights Code and the Americans with Disabilities Act. To request a reasonable accommodation or to request materials in an alternative format, call Maureen Sturgill with the Department of Recreation, Parks and Cultural Activities at 703.746.5418 (VA Relay 711) or e-mailmaureen.sturgill@alexandriava.gov.
Posted by Alexandria Mom at 11:30 AM No comments:
Email ThisBlogThis!Share to TwitterShare to FacebookShare to Pinterest
Labels: Alexandria
Newer Posts Older Posts Home
Subscribe to: Posts (Atom)